Close
Free Shipping Over $100 | E-mail: Info@oceanjunction.com
Home / 5 Truths Revealed From The Trauma of a Global Pandemic.

5 Truths Revealed From The Trauma of a Global Pandemic. 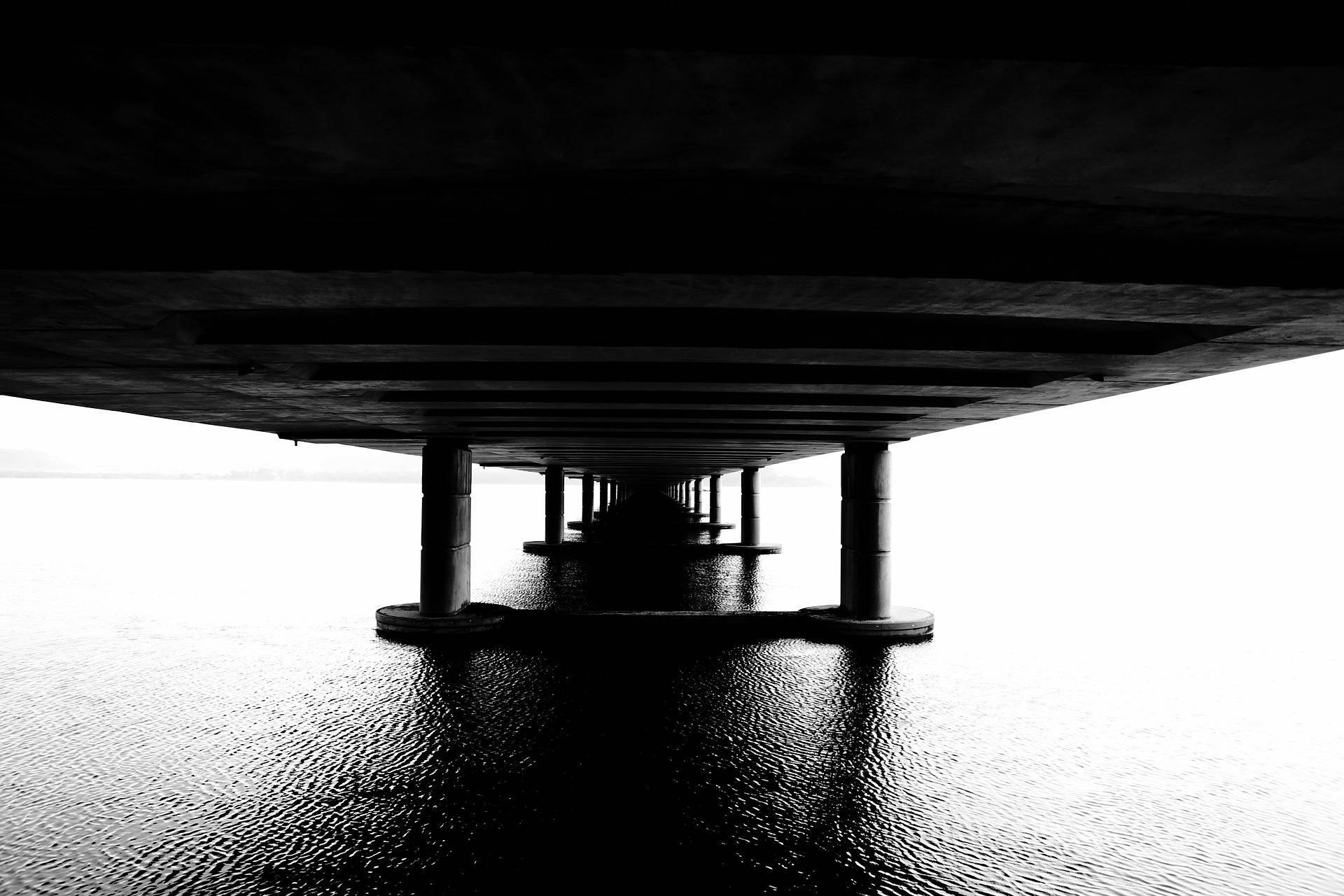 As the gravity and magnitude of the COVID pandemic became a blunt fact of reality, I was utterly unprepared for the rollercoaster ride that we were about to start on; I didn't see it, I didn't see the car, the track. I was oblivious to what was about to happen; grinding life to a halt drew me down the rabbit hole of introspection. I found baggage that I thought was gone; I found scars that I chose to ignore for decades; I had to confront behavioral patterns that were born out of a need for self-preservation during a traumatic childhood that I had never let go of. They served me well when I needed them; when I finally broke free,  the physical, mental, and emotional torment was over, but those protective measures were now subconscious routine, and the pace at which I moved left no time to recognize that or them. Looking back on it now, I can see that using work as an excuse was my way of avoiding dealing with the past. Months before the lockdowns began, we had decided to step away from the pool deck after 20 years of coaching and focus on my business; it wasn't long after that the lockdowns went into effect, and we had to shut down the business for more than a year - as did many others. I was conditioned as a child to believe that you are only worth what you earn, and this was the first time in my life that I had no means of providing for my family. My wife was in the process of finishing her Ph.D. and was doing quite well for herself and by default for us, but I felt useless. When you are forced to slow down and look around, you see what you have chosen not to or have chosen to remain willfully ignorant of because of the discomfort it brings you. It sucks. It is hard to work through and even harder to live through. Working through it and having the courage to confront the difficult and uncomfortable leads to the enjoyment and the safety to be truly authentic and live in the moment, relinquishing the difficulties of the past and becoming a true observer and participant of the present.

Although I have been alive for the last 43 years, I can confidently say that the previous two years have been two of the most educational. So that is what I would like to share.

We live in a time where everything has to be neatly packed into a nice box, and anything that spills out is somehow bad, wrong or misunderstood. It seems like it takes a disaster before we pay attention to someone or a group of people who need help. It is ok to be the one to offer support just as much asit is to ask for help. When my past was weighing on me, my family and friends helped me recognize your value as a person is not what you earn. Conversely, it is what you can do to enrich the lives of others. Things really changed through that rough journey to the lowest of lows and having the support to pick myself up again.   An Incredible sense of clarity and purpose had manifested itself.

No matter what or who you listen to, there is a narrative of fear being pushed. When you choose to lead with courage, you transform fear's impact into action; courage is what you do with fear. COVID was and is scary for many people for many different reasons. However, having the courage to treat those in and out of your tribe with compassion is courageous. Every day we are exposed to a relentless rat race of negative reciprocity, the zero-sum game; there always has to be a winner and a loser. When you lead with courage, you can be vulnerable and exposed to those who seek to take advantage of you. You have to be able to recognize and accept those people knowing they aren't worth the worry or the emotional energy. On the other hand, you also get the people who will make you better, the worthy rival, as Simon Sinek would put it. Those that will respect your work and help you improve by improving themselves.  Be courageous enough to find those that will make you better, and hopefully, you can make them better at the same time. 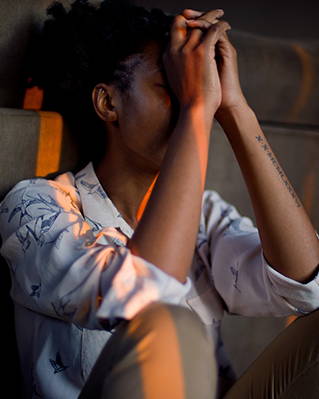 3. Be a keen observer of the present

Settle into what is actually happening right now. If you truly observe what is happening and take an honest appraisal of the world in front of me, can you form an opinion or decide for yourself? Of course, you can. Unfortunately, at times we are so easily swayed by political tactics; a perfect example is the concept of race the political construct of Black and White was used to justify slavery, designed to mislead and convince people of a false reality. Invented to control the thoughts and minds of the masses; for one reason, the Europeans of  the 1500s knew that to avoid resistance to the audacity that slavery was, they  needed to create an image of the slave that fit their narrative. Time allows us to see so much more of what is happening around us. Understanding what is going around you and making your own decision is essential. The speed at which life moves now is an easy excuse for why we "follow" the way we do. The irony is that with technology, most things can be done in a fraction of the time they used to. We have the time to look around and see more of what is happening now.

4. Flagrant optimism is a shield from reality

Jim Collins coined the term "the Stockdale Paradox,"Which essentially says that when we use optimism on its own to confront a daunting challenge, as opposed to understanding the actual severity of a situation, it can lead to a complete breakdown. Being a realist and optimist allows you to deal with inevitable lows that you will encounter on the way through that daunting challenge. The Stockdale Paradox case study is based on Admiral Jim Stockdale, a prisoner of war survivor from the Vietnam War. In the specific example of Admiral Stockdale, he was surrounded by men who convinced themselves that they would be rescued and out in a finite amount of time. They didn't survive. Those who did follow the example set by Admiral Stockdale never lost faith that they were going to be rescued but never married themselves to a timeline – they accepted “we are getting out when we are getting out.” In the words of Admiral Stockdale, "This is a very important lesson. You must never confuse faith that you will prevail in the end—which you can never afford to lose—with the discipline to confront the most brutal facts of your current reality, whatever they might be."

5. People are generally good; they are often just scared.

Most people on their own can have insightful, rational conversations.   Polarizing narratives often drive people to one side or the other of a conversation, another political tactic designed to influence the way we perceive the world around us and used since the 1800s to control the direction of society. To break the cycle of manipulation, you first have to be aware of the people around you, listen to them, and show respect for their opinion. As I write this, there are "trucker protests" across Canada, which are steeped in egregious disrespect and evident systemic discrimination. Indigenous people took the same action during the Oka Crisis, and the protest of the Wet'suwet'en people, over the use of stolen land and were met with swift police action. Yet here we are - a non-indigenous protest met with no formal resistance from the police, that inequity stems from the ingrained polarisation that has grown with modern society. Fear of the unknown, change, the future, and the past are easy triggers that lead to "picking a side". We need to listen to each other and revel in the fact that we can debate vigorously and still have great respect for each other. It takes 2 people to start a mob, it takes 2 people to deconstruct that same mob.

COVID isn't over, nor will it be the last time we are forced into an uncomfortable situation where we have to adapt and be open to change. However, WE can unlearn the poor habits of the past and relearn as we live this experience. Human-designed fiat systems can continuously evolve; the key is that the people who participate in those systems must be willing to evolve. Updated June 2022 - The Swim Buddy - What is it, why use it, and what else you should have

. The Swim Buddy Swim Buoy - Swim Safety Float for Open Water Swim Training What is it? The whole... Getting Ready for a Water Safe Swimming Summer!

Before you know it, the sun will be shining, the birds will be singing, and another summer will be upon...
Spin to win